The Dwarf Campaign is a fully voice acted single-player custom campaign for Warcraft III: The Frozen Throne that sends the dwarves of Khaz Modan on a quest to explore the unknown, in hopes of saving their ancestral homeland. The campaign has three missions where you can choose to play from four difficulty settings and also features custom monsters, scripted events, music and spells. As an added bonus, the stand-alone version of Chapter 3 supports a two-player mode.

Join the gnolls when they return to their lost homeland in hopes of restoring their ancient kingdom to its former glory and defeating the enemies of the past. 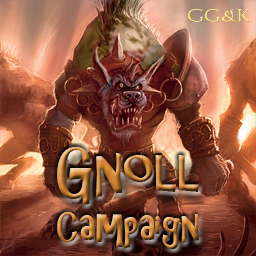